Eric Prince, the Founder of OPULENT HEALTH and WELLNESS, presently resides in Homewood south suburb of the Chicagoland area. He is the father of one son, Aviel, and two beautiful daughters, Jordan and Elianna. Mr. Prince graduated from South Shore H.S. in 1987 and attended the University of Illinois in Champaign/Urbana where he began his studies in Chemical Engineering. He was also then awarded a Track & Field Scholarship for his performance at the Big Ten Division I Level. Eric transferred into the School of Psychology before leaving the campus in 1991. Undecided as to what he truly wanted to do, Eric went into Emergency Medicine for four years as a Paramedic saving lives. In 1995 while working in the ER of University of Chicago as an ER Technician, Eric met an influential man by the name of Dr. Ian Smith, who had just begun his residency at the U of C Hospital. Eric spent the summer of 1995, during the heat wave, riding with the Chicago Fire Department Paramedics responding to the 911 calls in Chicago. After a devastating summer in the pre-hospital care medical field, Eric came to realize that this healthcare industry is based on CRISIS MANAGEMENT, Instead of DISEASE PREVENTION!

In 1996, E. Prince started his first business in the publishing industry that survived up until 2002. The company “Shades Of Soul, Inc.” gained national recognition from television, radio, newspaper, and magazines. “Shades of Soul” Male Calendar can still be viewed on Amazon.com to this day.

In 2003, E. Prince received his Real Estate Broker’s license from the Chicago Association of Realtors where he then owned and operated his real estate business for four years until the market crashed in 2007. Eric Prince recovered from the crash that wiped out the nation’s economy. But, in the midst of the crash, Eric received revelation of his true purpose and mission.

In 2004 after his return from the Holy Land ISRAEL, Eric modified his lifestyle and became a vegan after discovering the long-term benefits of eating healthy. Eric began his study of Naturopathy under the teachings of Dr. Laila Afrika. This transition required more aggressive tactics to overcome the old habitual ways especially since it was culturally based.

In 2005, he embarked upon a 40 day detox/fast that caused an intense bio-chemical transformation. The results were shocking. E. Prince lost 35lbs which put him severely underweight. Despite the weight lost, Eric successfully detoxified his system down to the cellular level. He would slowly regain some of his weight back over the next two years.

In 2006, E. Prince began hitting the running trails again to get back in shape and gain lean muscle. By 2008, E. Prince began competing Nationally and Internationally in Track and Field at the Master’s Association level. Eric trained and competed with athletes between the ages of 18-26 for two years which shattered all aging Myths. He went on to win  the U.S.A. Master’s National Championship in the 400m in 2010, 400m Masters World Championship in 2011, and the Olympic Trials exhibition 200m in Eugene, Oregon.

Eric Prince is now back training for the 2022 indoor and outdoor Masters National track and field championship. You can catch different broadcasts of him on 102.3FM, 106.3FM, or AM1390 sharing Holistic solutions to the public. Through his business, Eric has helped change and save the lives of thousands of people of multiple cultures. He owes his new life and new beginning to his Age Reversal detoxification program of the spirit, mind, and body. 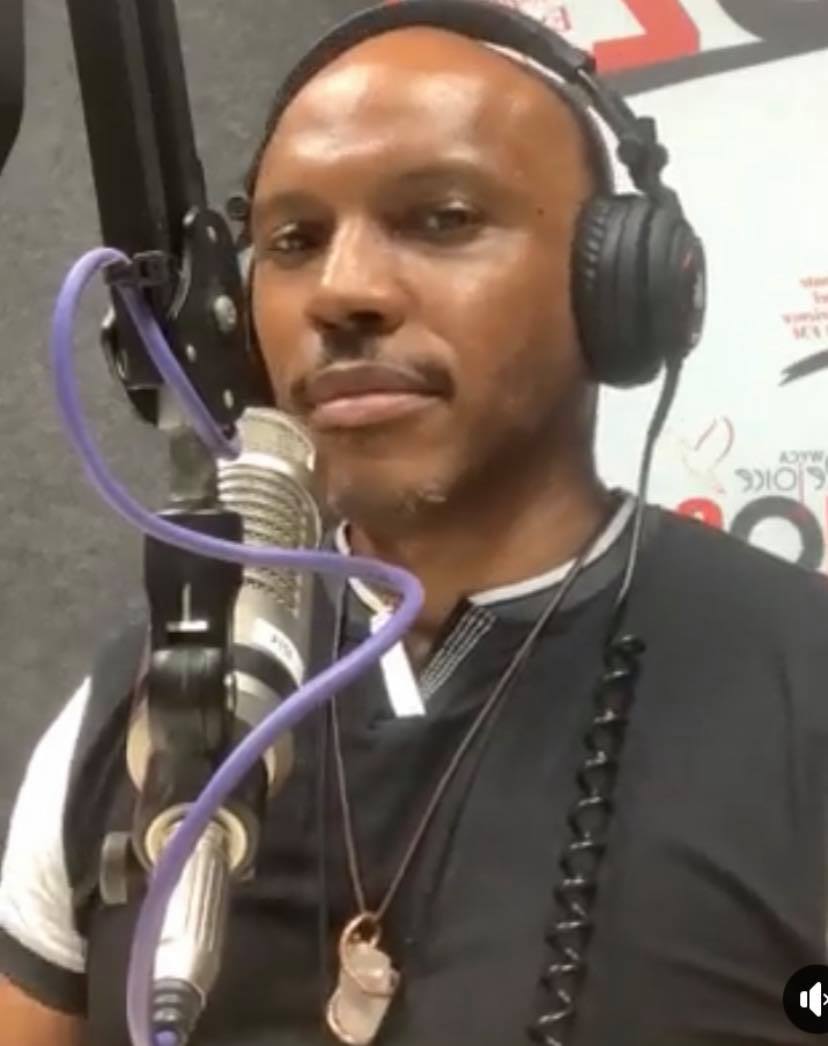 Eric Prince – Humans Were Meant To Be Herbivores

Eric Prince – What Are Your Mental and Emotional Toxins Doing To Your Health?

Eric Prince joins Let's Talk About It With Xavia Fox to answer the question: [...]